People wait in line at a testing site to receive a free COVID-19 PCR test in Washington, D.C. On Monday, the CDC announced that people can isolate for five days, instead of 10, after they’ve tested positive for the coronavirus and have no symptoms.

People wait in line at a testing site to receive a free COVID-19 PCR test in Washington, D.C. On Monday, the CDC announced that people can isolate for five days, instead of 10, after they’ve tested positive for the coronavirus and have no symptoms.

More than 200,000 people are testing positive for COVID-19 in the U.S. each day. Until this week, a positive test meant you should stay home for 10 days to avoid infecting others. Now, those who don’t have symptoms after five days can go back to their regular activities as long as they wear a mask, according to updated guidance from the Centers for Disease Control and Prevention.

The change in guidance released Monday was “motivated by science demonstrating that the majority of SARS-CoV-2 transmission occurs early in the course of illness,” according to the CDC.

CDC director Dr. Rochelle Walensky says the change was also motivated by economic and societal concerns. “With a really large anticipated number of cases [from omicron], we also want to make sure we can keep the critical functions of society open and operating,” she told NPR on Tuesday. “We can’t take science in a vacuum. We have to put science in the context of how it can be implemented in a functional society.”

Public health experts say a shorter isolation period may be reasonable at this point in the pandemic, but they say the agency’s new guidance is problematic because it relies on people’s self-judgment to assess their transmission risk — and could lead to more spread and more COVID-19 cases if people aren’t careful.

“The CDC is right. The vast majority of the transmissions happen in the first couple of days after the onset of symptoms … but the data shows that about 20 to 40% of people are still going to be able to transmit COVID after five days,” says Dr. Emily Landon, an infectious disease specialist at UChicago Medicine. “Is that person [leaving isolation after five days] really safe to carpool with or have close contact with or have them take care of your unvaccinated kids?”

Dr. Anthony Fauci, who is the White House chief medical adviser and director of the NIAID, and Dr. Rochelle Walensky, director of the Centers for Disease Control and Prevention. Walensky defends the new CDC isolation and quarantine guidelines, saying she “trusts” the public to follow them.

Dr. Anthony Fauci, who is the White House chief medical adviser and director of the NIAID, and Dr. Rochelle Walensky, director of the Centers for Disease Control and Prevention. Walensky defends the new CDC isolation and quarantine guidelines, saying she “trusts” the public to follow them.

Mask adherence is essential to this policy being effective, Landon says. The guidance assumes that people will wear a mask for five days after coming out of isolation if infected, and for 10 days if they were exposed to a positive case. But mask compliance in the U.S. is generally low.

“Many people will wear their masks on their chins or below their noses, which is useless for preventing transmission,” says Dr. Celine Gounder, an infectious disease specialist and epidemiologist at the NYU School of Medicine and Bellevue Hospital, who previously served as a COVID-19 adviser to President Biden.

Gounder and Landon are among a chorus of public health experts who think the guidance relies too heavily on the honor system.

“We should really be using objective concrete measures to decide whether somebody needs to continue being in isolation, such as rapid antigen testing,” Gounder says. Testing would help indicate whether a person still has a significant amount of spreadable virus in their upper airways.

Others were more blunt: “CDC’s new guidance to drop isolation of positives to 5 days without a negative test is reckless,” tweeted Dr. Michael Mina, an epidemiologist and chief scientific officer at eMed. “I absolutely don’t want to sit next to someone who turned [positive] five days ago and hasn’t tested [negative].”

The guidance doesn’t require a negative test to leave isolation or quarantine – it says to test “if possible” after five days if you were exposed. However, this comes at a time when COVID-19 tests are in short supply. People are queueing up at malls and around city blocks, sometimes for hours, to get tested. Rapid tests are out of stock on pharmacy shelves and online.

Gounder sees the absence of a testing requirement in these updated CDC guidelines as an “example of scarcity determining policy.” The tests could work, she says — but there are just not enough tests readily available.

A crowd forms as people try to get coronavirus testing kits from city workers distributing the kits along Flatbush Avenue on Friday in the Brooklyn borough of New York City.

A crowd forms as people try to get coronavirus testing kits from city workers distributing the kits along Flatbush Avenue on Friday in the Brooklyn borough of New York City.

Despite the administration’s emphasis on COVID-19 vaccines and boosters, the guidelines make little distinction between the vaccinated and unvaccinated, “who are clearly facing very different pandemics at the moment,” says Dr. Aaron Caroll, a pediatrician at Indiana University.

“Vaccinated people are much less likely to get infected and less likely to be infectious for a long period of time,” he says. With that in mind, he thinks the CDC should have tailored the guidelines to distinguish between those who are protected by vaccines and those who are not.

Still, some experts say the new recommendations are a useful step forward. “I think they’re prudent,” says Dr. Monica Gandhi, an infectious disease specialist at the University of California, San Francisco. ” I think they’re based on data from the omicron variant from South Africa, and they make sense.” The guidance follows a similar policy update in the U.K., which shortened its isolation requirements during the omicron surge, though the U.K.’s policy has a testing requirement for ending self-isolation.

The CDC’s guidance updates come at the end of a long first month with the omicron variant. State and industry leaders have pushed for a reduced isolation period, blaming the lengthy at-home stay for worker shortages that have led to thousands of canceled flights, postponed sports games and events and restaurant closures.

The change in guidance to the public expands on reduced isolation and quarantine periods for health care workers introduced last week. Where there are staffing shortages, the CDC recommends that infected workers isolate for five days before returning. In crisis times, they say workers should go to work even if they’re sick with COVID-19.

“I don’t know a lot of people that feel super comfortable with this decision,” says Saskia Popescu, a hospital epidemiologist and assistant professor at George Mason University. On the one hand, health care staff wear high-quality masks at work, making them unlikely to transmit infections to patients. On the other hand, they can’t wear masks all the time.

While the new guidance may have room for improvement, ultimately the bigger problem is people who aren’t paying attention to public health guidance at all, Dr. Natasha Bagdasarian, chief medical executive for the state of Michigan, told NPR on Tuesday.

“What I’m more concerned about in places like Michigan are people who are continuing on with their lives as though there is no pandemic,” she said. It’s the people who are unvaccinated, not testing and not masking that are driving the current surge, she said. 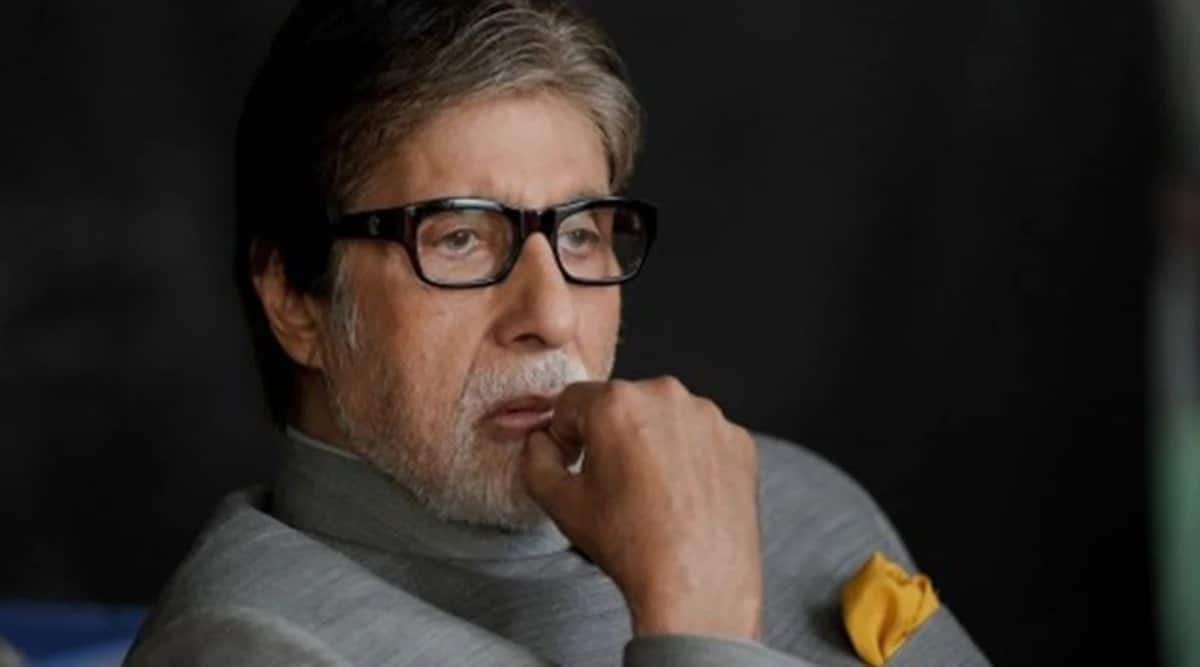 ‘Helpless’ Amitabh Bachchan states Covid gained as he presents wellbeing update: ‘You search for isolation a million moments in your career’

Amazon to shut down Amazon Care at year’s conclude