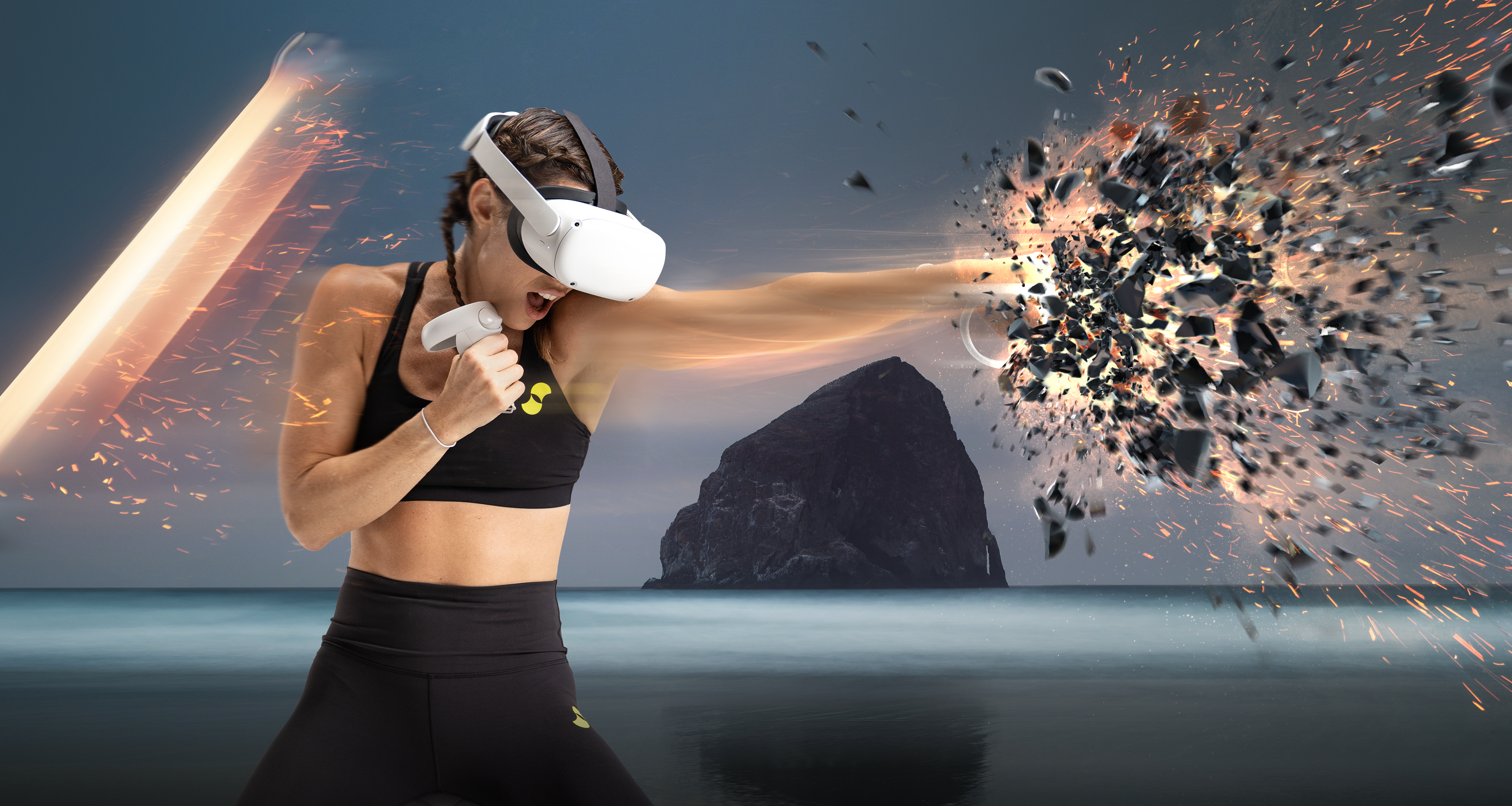 
Products featured are independently selected by our editorial team and we may earn a commission from purchases made from our links; the retailer may also receive certain auditable data for accounting purposes.

You clock out after a long, stressful day and all you want to do is zone out and play Call of Duty. But being the responsible adult that you are, you know you should probably squeeze in a workout before dinner. Unfortunately, making your fitness routine actually fun isn’t always easy. Enter active video games (AVGs), which, as the name suggests, often requires you to get up off the couch to play them.

Anyone who’s spent time bowling on their Wii or coaxing sweet licks out of their Guitar Hero axe can tell you this isn’t a new concept. But the games and the tech you play them on have been significantly improved in the last few years. Meantime, there’s a lot more research to help you justify investing in a Nintendo Switch, an Oculus VR headset, or other exercise equipment that incorporates elements of gaming as part of your fitness plan. Even longtime trainers are starting to admit the benefits of turning an otherwise sedentary activity into something more physically demanding.

“You have to meet people where they’re at. If they’re playing a video game [anyway], it’s only a net positive if, while doing so, they’re strengthening their cardiovascular health or building muscles,” says Justin Norris, Co-CEO of LIT Method, which counts Jay-Z as an investor. “We’re not one-dimensional beings. I like gaming and I like exercise. I see no reason why those wouldn’t be integrated for people who want to couple the benefits of both, instead of falling into the traditional gaming experience with long periods of stagnancy.”

The trend also works in reverse. More traditional gyms, machines, and exercise classes are utilizing elements often associated with gaming to get people on the mat. “Motivating clients with rewards, milestones, et cetera, seems to have a very positive impact in getting [them] to stay engaged and increase frequency,” Norris says.

So how do you know what to play that’s going to help you break a sweat? When choosing which games or equipment to add to your fitness routine, Norris suggests “picking games that focus on moving in multiple planes of motion, functional training that doesn’t overwork one muscle group and promote a culture of overuse and injury, and [using] the space around you.”

Though AVGs are a great way to score extra cardio and steps on your fitness tracker, Norris points out they aren’t likely to get you into shape entirely on their own. “You need to switch it up. The whole ball game is a regimen that involves consistency and change,” he says. “Make a commitment to provide that consistent movement of your body. But [don’t] betray your body’s very real memory of injury, its need for rest, and its fragility. Have different goals each day, different results at the finish line, and leave