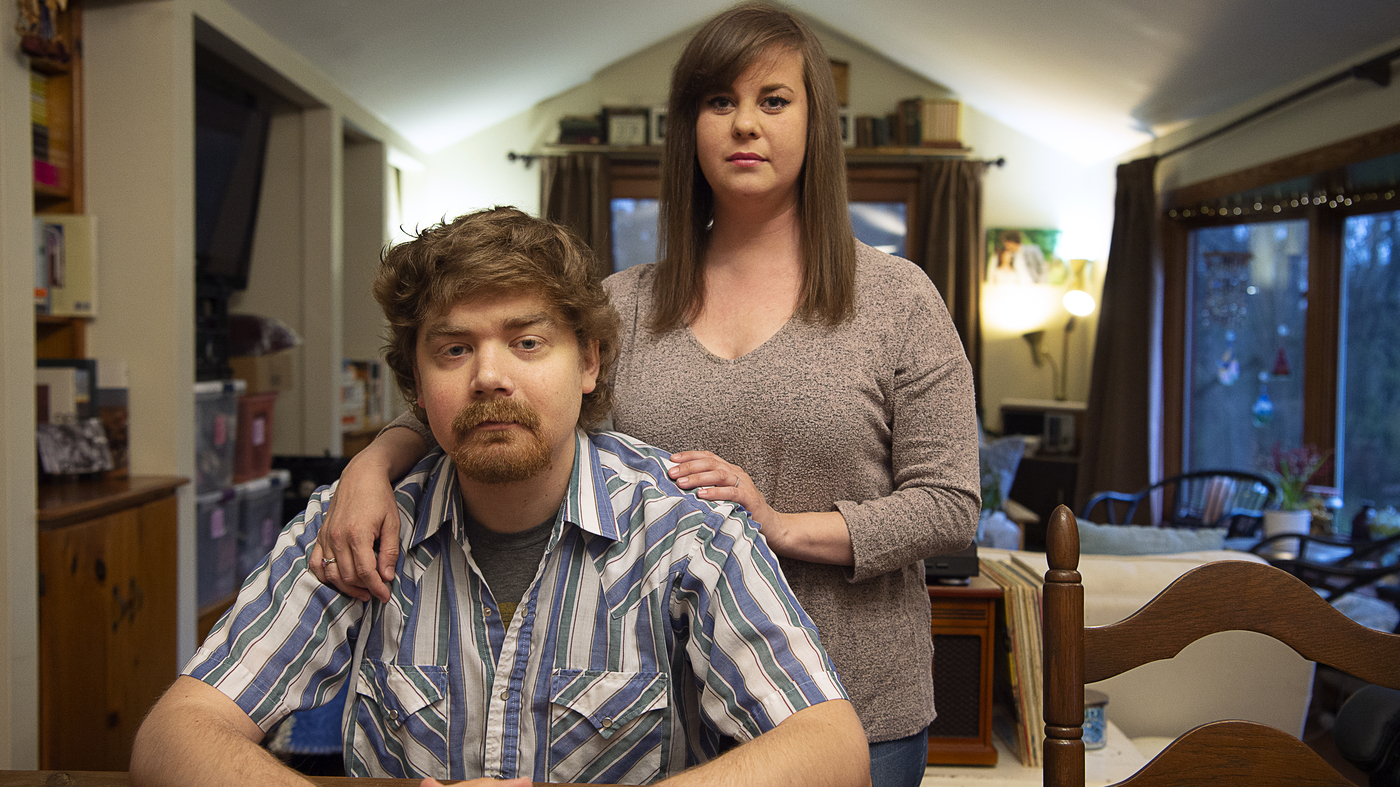 While Sean Deines and his wife, Rebekah, were traveling in Wyoming in 2020, Sean got very ill and was diagnosed with an aggressive leukemia. A huge air ambulance bill added to their stress.

While Sean Deines and his wife, Rebekah, were traveling in Wyoming in 2020, Sean got very ill and was diagnosed with an aggressive leukemia. A huge air ambulance bill added to their stress.

Sean Deines and his wife, Rebekah, were road-tripping after he lost his job as a bartender when the pandemic hit. But while visiting his grandfather in a remote part of Wyoming, Sean started to feel very ill.

Rebekah insisted he go to an urgent care center in Laramie.

“Your white blood count is through the roof. You need to get to an ER right now,” Deines, 32, recalls a staffer saying. The North Carolina couple initially drove to a hospital in Casper but were quickly airlifted to the University of Colorado Hospital near Denver, where he was admitted on Nov. 28, 2020.

“Literally within 12 hours, I needed to figure out what to do with the next step of my life,” said Deines.

So, after he was started on intravenous treatments, including steroids and antibiotics, to stabilize him, the couple decided it was prudent to return to North Carolina, where they could get help from his mother and mother-in-law. They selected Duke University Medical Center in Durham, which was in his insurance network.

His family called Angel MedFlight, part of Aviation West Charters of Scottsdale, Ariz., which told Rebekah Deines that it would accept whatever the couple’s insurer would pay and that they would not be held responsible for any remaining balance.

Sean Deines was flown to North Carolina on Dec. 1, 2020, and taken by ground ambulance to Duke, where he spent the next 28 days as an inpatient.

By his discharge, he felt better and things were looking up.

Then the bills came.

Medical service: A 1,468-mile air ambulance flight from Colorado to North Carolina, along with ground transportation between the hospitals and airports.

Total bill: $489,000, most of which was for the flight from Denver, with approximately $70,000 for the ground ambulance service to and from the Denver and Raleigh-Durham airports.

What gives: Insurers generally get to decide what care is “medically necessary” and therefore covered. And that is often in the eye of the beholder. In this case, the debate revolved first around whether Deines would have been stable enough to safely take a three-plus-hour commercial flight to North Carolina during a pandemic or did he require the intensive care the air ambulance provided.

Schiffner, 55, is finally in the home stretch after his wife, Teresa Schiffner, 53, filed multiple grievances against the Fargo dental office where he initially sought care.

“Mine was the first complaint to get it started,” she said.

The order said the business improperly charged fees against patient accounts for services not actually provided, or fees that were not properly disclosed ahead of time.

Parrell Grossman, head of the state’s consumer protection division, said more than 500 affected patients have been identified through a review of records.

The business at 4302 13th Ave. S., Suite 10, in Fargo has since paid the penalties and restitution to the state, which will be returned to those patients through refunds, Grossman said.

Those named in the order include owner and president Robert Bates, D.D.S., of Clarence, New York, and David Pennington of Palm Harbor, Florida, president of DP Business Services. The men also co-owned an assisting business known as Fargo Dental Support.

Though the state maintains the conduct was wrongful, those named in the court action do not admit any violation of law. Under the order, all parties are prohibited from charging such fees in the future.

Fargo Moorhead Dental & Dentures and its supporting businesses were sold on Aug. 1, according to court documents. However, the new owners have not changed the name of the dental office.

The business released a statement on Thursday, Oct. 28, saying in part, there was “no admission of liability” with the resolution of the case and that it was “focused entirely on past administrative accounting procedures that are no longer in place.”

The business said it agreed to the resolution to avoid protracted litigation and to focus on “high-quality care to our patients.”

Fargo Moorhead Dental & Dentures issued the above statement in response to a court case that alleged the dental business improperly charged fees against patient accounts for services not actually provided.

The Schiffners settled their complaint with Pennington separately for $4,400 and are happy about the state’s action against the business and Bates and Pennington, who have a history of complaints over prepayments for unfulfilled dental work.

In January 2011, thousands of patients nationwide were left without care when Allcare Dental & Dentures abruptly closed its network of offices.

Founded by Bates and Pennington, Allcare said it was “severely cash constrained” and had no way to continue operating, according to media reports at the time.

Attorneys general in at least a dozen states were involved in the investigation of the Pennsylvania-based company, according