Cambodian American Eden Teng was was born in a refugee camp on the border of Thailand and Cambodia just a few years after the Cambodian genocide. She moved to the U.S. with her mom and aunt when she was 6.

Teng attributes much of her own resilience in transitioning to the U.S. to her exuberant mom, who wore whatever she wanted and wasn’t afraid to defy social norms — even when it was embarrassing for a teenage Teng.

But when she was growing up, Teng also witnessed the negative impacts of historical, racial and intergenerational trauma on her mom’s wellbeing. Teng often felt confused by the way her mom’s emotions could spiral out of control for seemingly no reason, or why why she had so many health problems.

When Teng first encountered psychology in college, she realized that her mother’s past was directly connected to her emotional and physical health. (Scientists are learning that stress and trauma are sometimes linked to chronic illnesses, like hypertension, diabetes and kidney disease.)

It was this realization that compelled Teng to become a therapist; in 2018 she began her graduate studies in Seattle.

But when COVID-19 hit and the Black Lives Matter movement came into full force, with communities of color having a more public conversation about their struggles in the U.S., Teng says she started feeling differently about her training and the profession she’d be entering. She began to notice how dealing with certain issues, including race and immigration, were not given priority in her clinical training — even though she knew how important they are in shaping a life.

“I didn’t feel represented, and I felt that so much of my family’s history just didn’t feel like it was considered,” she says, adding that she was studying under teachers who were predominantly white. “I just felt silenced in my own history [and] my own experience in the work that I was doing.”

Teng’s graduate program isn’t the only one like this. Therapy is a predominantly white field in the U.S. — 80% of psychologists, 63% of counselors and 59% of social workers are white, according to Data USA, a website that constructs visualizations of public federal data.

Many of the founding ideas, techniques and schools of practice of therapy were developed by white scholars or practitioners. As a result, the field has marginalized the experiences of people of color, therapists and patients say. Microaggressions are also pervasive in psychological practice, researchers note, and many immigrants report not attending therapy because of language barriers, a lack of insurance and high costs.

That’s why Teng wanted to take a new approach. For her, that meant joining a growing movement of other counselors hoping to transform the practice of therapy, to make it more accessible and relevant to people of color and — ultimately — to help them find healing.

Embracing a practice of ‘decolonizing therapy’

Teng was initially inspired by people like Dr. Jennifer Mullan, who refer to this work 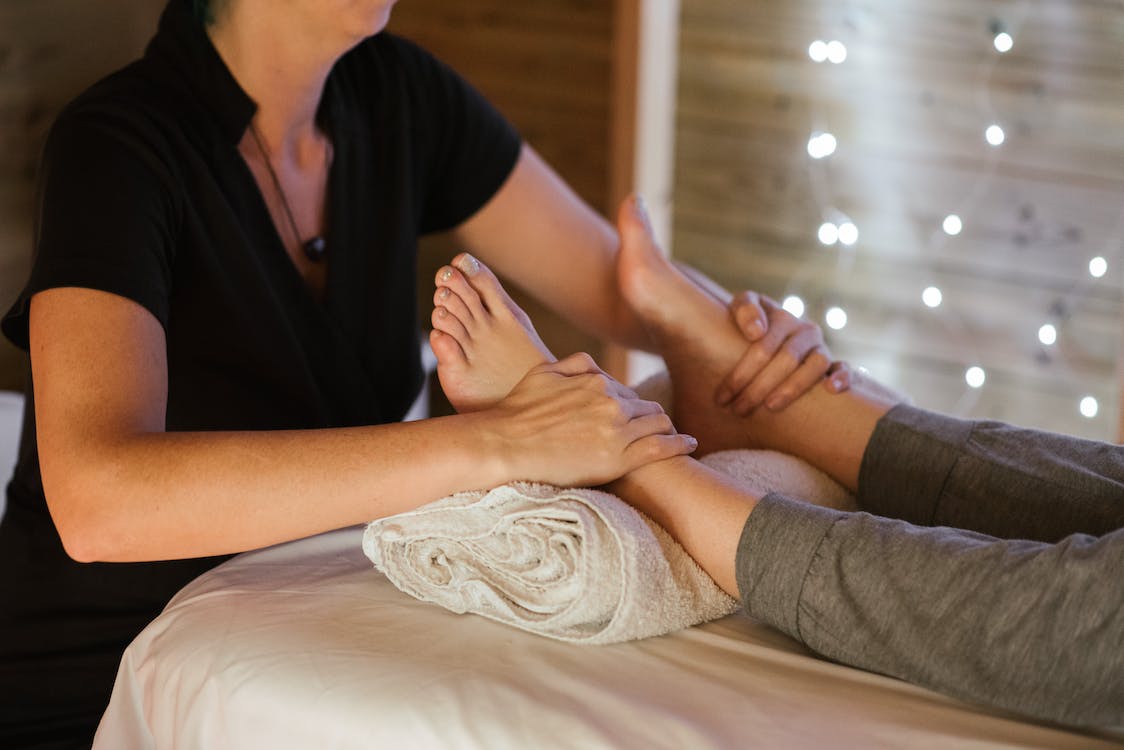 When choosing a massage school, students must consider the practical aspects. These include practice tests, MBLEx preparation, and on-campus clinics. Students must also check the classrooms and facilities to ensure they are comfortable. In addition, they should be able to store their personal belongings. The school should have study areas, lockers, and a student lounge for students to use. They should also check the number of instructors and supervisors per shift.

Practical Aspects of a Massage School

When choosing a massage school, find one that provides practical training and experience. Massage schools like massage school Georgia have different requirements, so it’s important to do your research. It’s also a good idea to visit the campus before enrolling. You can sit in on a class or talk to faculty to see what they offer. Some schools have accelerated programs where you can complete the program in a year or less. Other schools have part-time programs. If you choose a full-time program, be prepared to take many classes, including ethics, anatomy, and pathology. You’ll also need to pass state exams.

Massage therapy programs often begin with coursework in anatomy and physiology. This helps students determine the appropriate pressure and technique for different muscle groups. They’ll also learn the connection between the muscles and where tension originates. By graduating, they should know how to perform deep tissue massage.

The practical aspects of a massage school include the skills and knowledge required to become a licensed massage therapist. Students are expected to be familiar with the principles of kinesiology and integrate them into their messages. Many students discover their passion for a particular style of bodywork while in school. This allows them to picture their practice path more clearly.

Besides learning how to apply massage techniques, massage therapy schools also provide training in business and financial matters. This is crucial for a successful career, and students should have the opportunity to practice these skills while working alongside real clients. Some schools even have student-run massage clinics.

MBLEx is a certification test that is based on certain areas of massage. Some topics covered are the body’s mechanics, muscles, and joints. Other topics are injury prevention and client safety. The exam also includes questions on effective marketing and documentation. In addition, students will need to know some legal and financial terminology.

Taking MBLEx practice tests is an excellent way to learn about the exam. It will allow you to see how much you know about the subject and boost your confidence for the real exam. The Massage Exam Guide offers MBLEx practice tests that are realistic and challenging. Taking these tests gives you the best chance of passing the exam the first time.

It is important to remember that just passing the test does not mean you’re licensed. Once you pass the test, you must wait for the official notification. You should also study the supporting materials that were taught during your core education.

Therapists, trainers give wealth of well being and health solutions in U.S. Military Garrison Wiesbaden | Post

WIESBADEN, Germany – “They are switching people’s lives in a pretty active way.”

That is how Maria Diaz, former Wiesbaden Installation Health and fitness Coordinator and now the Advertising Manager for Wiesbaden Spouse and children and MWR, describes the operate of the team of therapists and instructors at the Athletics and Fitness Middle.

Now, with the addition of Certified Athletic Coach Julia Spellman, the neighborhood conditioning intricate has one far more skilled asset to enable patrons overcome any physical issues even though in search of the most effective solution to total health and overall health.

“They have full functionality,” claimed Diaz, describing that the athletic coach expands the Physical fitness Center’s capability to serve local community users and enable them “stay physically in good shape and resilient.”

“That’s her niche. She’s fantastic at creating applications to assistance with running and giving diverse techniques to assure personal injury prevention,” Diaz said. “She can style the overall work out – from beginning to conclusion.”

Spellman, who joins the staff soon after possessing accompanied her military wife or husband to Wiesbaden past autumn, stated that she has provided her solutions in the industry since 2015. “I’ve worked in medical options, a person-on-a single, doing rehabilitation, I worked at a superior college, with company well being and in Texas at Fort Hood.”

The Wisconsin native attained her Athletic Instruction Bachelor credentials at the College of Wisconsin-La Crosse and is presently enrolled in concurrent Master’s and Doctoral degree packages.

“I specialize in damage avoidance and biomechanics,” mentioned Spellman, outlining that her concentrate will be on “helping the everyday athlete get back again to accomplishing what he or she needs to do.

“Being in a military services location, I truly feel I can fill a gap – addressing acute and serious challenges. … I just appreciate helping men and women conquer soreness and damage,” she mentioned. “I want to help them get by it and get to the other side.

“We have these kinds of a special environment below,” she added, “offering inter-collaborative care.”

Spellman reported her aim is to get to all associates of the neighborhood population she serves – army units, large college students – any one looking for assist beating a health and fitness concern or searching for strategies to boost their conditioning routines. “I plan to be obtainable if individuals want quick treatment – to assistance them return to sports activities more rapidly. If persons have an damage and never know what to do, I want to be that individual to support them.”

“We’re a person of a type, and